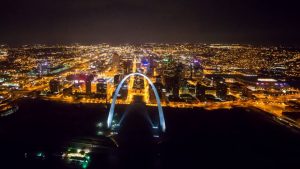 Following Donald J Trump’s 2016 election victory, Republicans seemed poised to finally repeal and replace the Affordable Care Act (ACA). When the time arrived for votes to be cast, however, the repeal effort fell short, as Republicans just couldn’t withstand the media campaign waged against them. Democrats and activists portrayed Republican proposals as mean-spirited and cruel. Social welfare agencies called for retaining parts of the law that benefitted their clients.                                                                                   The tactics worked on the public as well. Opinion polls suddenly reported considerable support for keeping the ACA intact, and proponents urged addressing deficiencies in the original legislation rather than outright repeal. The seven-year “long game” of the GOP effort to overturn President Obama’s signature domestic legislation was effectively stalled, and doubt set in. Did Republicans ever really intend to undo the ACA, or was it just an act? As regards the entire health care/health insurance debate since 2008, it appears there’s plenty of deceit to go around.

Deceit was used to sell the Affordable Care Act.                                                        Most of us are aware of former president Obama’s claim that the ACA would allow patients to keep their plan, and  their doctor, if they were happy with them. He also boasted that the average family of four would save about $2400/yr in insurance premiums. When the law actually went into effect, however, it became clear those bold predictions didn’t even come close to being true. Beyond those claims, the authors of the bill made promises to insurers, drug makers, and even skeptical Democrats in order to gain support for the law’s passage. The reform that promised so much carried a high price in bribes and enticements.

Republicans rode deceit to election victories in 2010, 2014, & 2016.                With the election of Barack Obama as president in 2008, the future of the GOP looked bleak.  The partisan vote that won passage of the ACA breathed new life into the Republican patient. Opposition to greater government control over one-sixth of the US economy energized the Republican bade. GOP leaders vowed to repeal the new law, and rode that promise to win back both houses of Congress, and the presidency, in subsequent elections. But, while certainly willing to pass repeal bills when President Obama was sure to veto them, being in a position to actually accomplish their oft-stated goal produced panic. Battered by criticism from supporters of the ACA within the Democrat Party and the media, seven years of Republican boasts to remove the ACA “root and branch” were revealed as little more than empty political rhetoric.

Democrats employed deceit to save the ACA.                                                                   As reported earlier in this blog, Democrats predicted dire consequences  if the ACA were repealed. Social welfare agencies, and the media, emphasized improvements in the number of uninsured gaining coverage under the ACA, while virtually ignoring the law’s disconnect between having coverage, and actually receiving care. No sooner had the smoke cleared from the failure of the repeal effort, however, and Democrats were themselves turning on the law they had just saved. Facing yet another round of significant premium increases in the upcoming 2017 Open Enrollment period, calls for major changes to the law flowed like water from the Democrat side of the aisle. There were proposals to move the nation to a Medicare-for-all, or even a Medicaid-for-all, system, despite the shaky financial underpinnings of both programs. The same Affordable Care Act that just weeks earlier had been stoutly defended by Democrats was now the target of those very same defenders. Today, the impasse continues.

From all appearances, the Affordable Care Act looks like the law nobody wants, while at the same time being the law no one knows how to fix. Perhaps that’s because government can’t suspend the laws of economics. Competition and consumer choice, two bedrocks of the Free Market, can’t be superseded by government fiat. We are constantly told by politicians and activists posing as economists, that the Free Market won’t work in health care. Those same, self-professed experts can never explain why the market that works for every other product, service, and sector of the economy, won’t work for health care. In fact, it already does. In areas not commonly reimbursed by insurance, such as lasik eyesight correction and cosmetic surgery, competition has driven constant improvements in quality while lowering costs.

A more troubling scenario is the possibility that our elected officials, and unelected members of the federal bureaucracy, believe average Americans just aren’t capable of taking care of themselves. Whether Republicans or Democrats, far too many believe a compassionate government needs to protect people from the risks inherent in living. The best of intentions doesn’t make outside control any less abhorrent. And when the controlling party has the power to make decisions impacting your very life and health, it’s downright scary.

While doctors and hospitals would also have to compete for customers, they’d benefit from added flexibility. Doctors and medical practices could negotiate agreements for care directly with patients, free from the red tape and interference often common with third-party payers.                                       If a doctor, medical group, or hospital can deliver better care through innovation, expertise, or just plain hard work, let them share in a portion of the savings they provide to programs like Medicare or Medicaid. Government regulations shouldn’t favor the staus quo over a better mousetrap. There also needs to be a sharp reduction in the administrative burden placed on physicians. If a doctor wishes to be an administrator, that’s fine, but those involved in patient care should not be wasting time navigating a clumsy, user-unfriendly, data-mining software program. Big Data may have its place, but not as a distraction in the exam room. In putting the doctor-patient relationship first, doctors would find a powerful ally in those newly empowered patients.

This piece has covered a lot of ground. It’s reviewed the dishonesty and subterfuge that has underlined the health care debate in recent years. It has also proposed a solution that puts individuals in charge of their own health care, and makes insurers, doctors, and hospitals compete for customers on the basis of quality and cost. It’s even discussed the benefits such a proposal’s adoption could provide to the medical profession. Perhaps most importantly, it ensures each person retains the ability to run their own life, without the intrusion of a controlling government. Isn’t that the very essence of being a citizen?